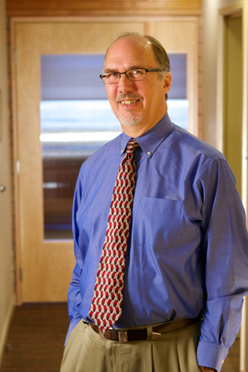 David S. Grossman has over 36 year’s civil litigation experience, with a focus on commercial disputes, trusts and estates, real estate and tax matters. He is a trained mediator and is available to assist parties reach a binding and cost-effective resolution to disputes in all areas of civil practice, including family law.

David began his legal career as a Trial Attorney with the Tax Division of the United States Department of Justice in Washington, D.C., where he represented the United States in trials in federal and state courts. After moving to Seattle in 1988, he was a member of the class action and complex litigation group at Keller Rohrback, before joining the firm of LeSourd & Patten, P.S. He moved to Walla Walla in 2002 and was the primary litigator at Reese, Baffney, Frol & Grossman, P.S. before joining Minnick-Hayner in October, 2014.